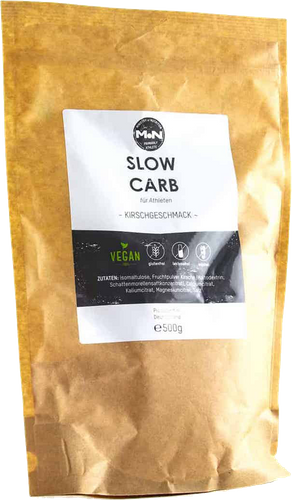 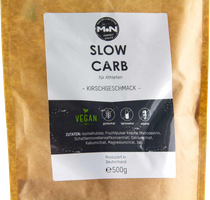 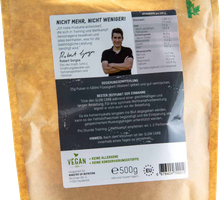 Ministry of Nutrition Slow Carb - before the game

The vegan carbohydrate drink SLOW CARB from the Ministry of Nutrition supports professionals and ambitious footballers during intensive training and competitions. As the carbohydrates are slowly released into the blood, the fat metabolism can be promoted and the saving of stored muscle glycogen can be supported;

The CARB and RECOVERY range from Ministry of Nutrition was developed by Robert Gorgos, a nutritionist for athletes and top athletes. Robert supports, besides athletes, top athletes and teams from various sports, among others a well-known German soccer club from the 1st league.

The special thing about the products of Ministry of Nutrition is the selection of ingredients. The primary goal of SLOW CARB is the slowest possible metabolism of carbohydrates, as we will describe in more detail below;

However, attention was also paid to a high quality and a very good compatibility. So the sports drink is not only pleasantly light in taste, but also 100% vegan and guaranteed gluten-, lactose- and soy-free.

Isomaltulose consists of the building blocks glucose (dextrose) and fructose (fruit sugar). The conversion in the metabolism (splitting) takes place with isomaltulose clearly slower than with sugar. The energy of the carbohydrate is thus available to the body for a long period of time and the blood sugar level remains more stable.1 Blood sugar peaks can thus be avoided. This can be an advantage during prolonged (physical) stress, as the brain and muscles are supplied with energy in the form of glucose for a longer and more constant period;

In addition there is a high proportion of real fruit powder(!) sour cherry. These have a high content of vitamin A (retinol), vitamin B1 and B2, C and E. Also the content of potassium, niacin and folic acid is comparatively high. Furthermore, sour cherries are one of the few sources of natural melatonin. Sour cherries, similar to beetroot, are also said to promote the transport of oxygen to the muscle cells. Sour cherries are rich in so-called polyphenols like anthocyanins and flavonoids. These secondary plant compounds act as powerful antioxidants and have anti-inflammatory properties. Various studies indicate a high potential of sour cherries to reduce oxidative stress. As a result, it has been found that sour cherry concentrate can reduce muscle soreness and muscle exhaustion caused by intensive training sessions when consumed regularly.

The added micronutrients compensate for the loss of minerals during demanding performance training. Thus, the body often excretes up to several liters of fluid through sweat (during high stress in training and competition up to 2-3 liters of fluid loss per hour) and accordingly a large amount of micronutrients.

You know the situation: The longer the game lasts, the more tired the legs get, the strength decreases and more and more mistakes are made due to lack of concentration.

But did you know that especially many goals are scored in the last 15 minutes of the game, which is mainly due to the beginning tiredness towards the end of the game?

Tired players are limited in their technical-tactical as well as their conditional performance. The onset of fatigue is directly related to the emptying of the energy/glycogen stores.

Especially during training or competition situations, special attention should be paid to a sufficient carbohydrate supply;

The carbohydrates of SLOW CARB are slowly released into the blood and are available to the organism for as long as possible.

Before a game, during warm-up:

During a casual, normal workout:

15-20 grams of SLOW CARB per hour of exercise in 0.5 - 1 liter of water, depending on temperature

Store in a cool and dry place. After mixing, SLOW CARB should be consumed within one day.

Food supplements are no substitute for a balanced and varied diet and a healthy lifestyle. The indicated recommended daily intake must not be exceeded. Keep out of reach of small children.